Posted by VP Editor on Monday, October 10th, 2016 in General

Here Are The Top Ten Reasons We Love Dogs

Dog owners are, shall we say, a special breed.  We share that special love of dogs and know how important they are to our lives.  But why, exactly do we love dogs so much?  There are a lot of answers to this question (and unique ones for each dog!), but here are the top ten.

I know well enough that there have been dogs so loving that they have thrown themselves into the same grave with the dead bodies of their masters; others have stayed upon their masters’ graves without stirring a moment from them, and have voluntarily starved themselves to death, refusing to touch the food that was brought them. 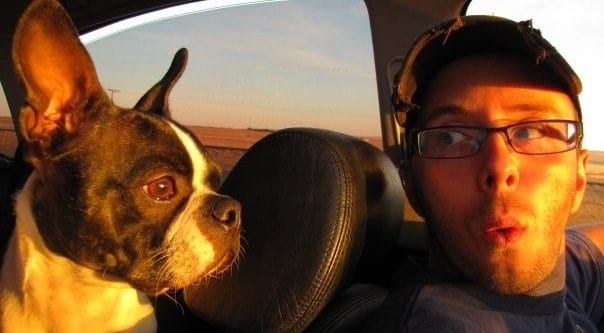 There are some that would say a dog is only loyal so long as it is getting food and shelter. But if you have ever known a dog and seen the reaction it has when you come home or it is reunited with a fellow four legged friend you know it is about more than that. There are plenty of examples of dogs showing loyalty to their owners. Some of the most famous are the dog pictured lying next to the casket of his Navy Seal owner, or the dog that would greet his owner at the train station every day after he arrived home from work. Even after the owner died, this dog, Hachiko, went to the station every day for the next nine years waiting for the arrival of his best friend.

Thorns may hurt you, men desert you, sunlight turn to fog; but you’re never friendless ever, if you have a dog.

Dogs have been human’s best friends for thousands of years. They are there for us through thick and thin. They never judge and are always happy to see us return, whether we’ve been gone five hours or five minutes.

I have found that when you are deeply troubled, there are things you get from the silent devoted companionship of a dog that you can get from no other source.

Animal-assisted therapy has been linked to the reduction of anxiety, pain, and depression in people with a range of mental or physical health problems. Many people can benefit from pet therapy, including patients undergoing chemotherapy, veterans with post-traumatic stress disorder, and physical therapy patients working on their fine motor skills. Even students can take advantage of pet therapy that alleviates feelings of homesickness and depression.

People who keep dogs live longer on average than those who do not. This is not some kind of pro-canine campaigning fantasy. It is a simple medical fact that the calming influence of the company of a friendly pet animal reduces blood pressure and therefore the risk of heart attack.

There are many ways that having a dog is good for our health. People with dogs are shown to have less heart problems because they get regular exercise from walking their pets. Having a dog improves our mood and reduces stress which in turn means lower blood pressure. Spending just 15-30 minutes with your dog can help you feel more calm and relaxed, reducing stress and increasing happiness. Playing with your pup increases your brain’s levels of dopamine and serotonin, both of which are neurotransmitters associated with pleasure and tranquility. Dogs even seem to be able to detect the smell of cancer in humans.

A dog is the only thing on this earth that loves you more than he loves himself. 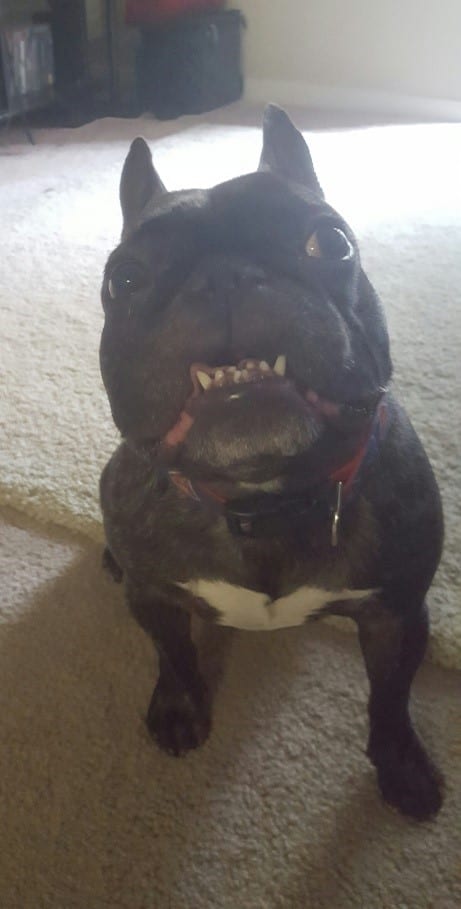 It’s easy to see with the wagging and happy barking when we come home that our dogs love us. Scientists have recently proven that dogs love us back the same way we love them by scanning their brains in an MRI machine. Those body wiggles aren’t just because he is excited for food (but it’s probably safe to say that’s a part of it).

The nose of the bulldog has been slanted backwards so that he can breathe without letting go.

It is believed that man’s first interactions with dogs (wolves at the time) resulted in a beneficial relationship for both species. The wolves got easy pickings from the scraps that people left behind after their meals and people got the benefit of having the wolves around to protect them from any other predators that may prey on those people. In more recent times, dogs were trained by the military as sentry guards, protecting troops from attack. And as silent scouts, dogs would warn troops to the presence of enemies, diminishing the chances of an ambush. The troops lucky enough to have these attack dogs by their sides were most likely to survive war. From puppyhood, dogs innately learn to watch and be aware of anything rotten coming your way. Potential burglars are put off by a barking or watching dog in the window.

Your dog never lies to you when he says he loves you. The more you give of yourself, the better the connection developed between the two of you. There is nothing better than coming home from a very hard day at work or maybe school or college and find your dog there waiting for you to support you.

Golf seems to be an arduous way to go for a walk. I prefer to take the dogs out.

Dogs requires daily exercise, and we do to. Dog owners carry the responsibility of playing with and working their dogs, so it only makes sense that dog people tend to be more active. One study found that dog owners were 34 percent more likely to achieve their recommended 150 minutes of exercise per week than non-dog owners.

My dogs forgive anger in me, the arrogance in me, the brute in me. They forgive everything I do before I forgive myself.

Dogs don’t hold grudges. They don’t hang on to what someone said years ago. When one of them plays too rough, the other dog lets them know immediately by letting out a yelp. The two dogs make up and instantly start playing again.

The great pleasure of a dog is that you may make a fool of yourself with him and not only will he not scold you, but he will make a fool of himself too.