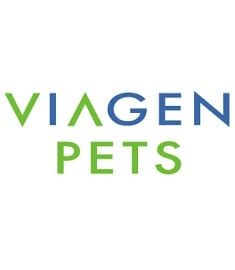 Mishkin wasn’t originally my cat. She was one of three cats a girlfriend had when we started dating, and she (Mishkin, not the girlfriend) was as shy as could be. For several weeks all I saw of her was her black and white head sticking out from behind a piece of furniture, only to disappear once she realized I was looking at her, too. Mishkin was the runt of a litter who almost died when someone in an adjacent apartment used some kind of insecticide that seeped into my girlfriend’s apartment. She had adopted another of the two cats as a foster mother, and Mishkin and Gertrude were inseparable. Gertrude didn’t get along with one of the other cats, so she and Mishkin stayed downstairs and the others stayed upstairs until Gertrude died of cancer. At this point Mishkin came out of her shell, demanded to be let upstairs with the other cats, for the first month or so announcing her presence by growling non-stop at anyone who was paying attention. About this time she decided I was OK. First she started spending time near me, then on my legs when I was lying down, and finally on my lap. By the time my girlfriend and I broke up, Mishkin seemed to enjoy spending more time with me than with her, and so we agreed it would be better if Mishkin stayed with me.

Mishkin expressed an opinion in every feline altercation that took place. Often she would just come running up when two other cats were squabbling, swat one of the two a few times, and then run away. Which of the two she swatted seemed to be random. It wasn’t like she disliked some of the others specifically, but rather more like she thought her role was to break up the few fights that occurred.

Mishkin was also an expert at disappearing, and she hated medications and trips to the vet. In either case, you couldn’t just get what you needed and then get her. If she saw the cat carrier or any medications, she was off like the Flash for some hiding place where you wouldn’t find her for hours (and, if you did, she would just cross it off the list of candidates and use a different one the next time).

Mishkin was just a sweet little girl, and I thought it would be nice to see how she turned out with a different environment (not the runt of a litter, and no brushes with death early in her life).