The Power of the Canine Senses

Posted by Viagen Pets on Wednesday, August 2nd, 2017 in Uncategorized 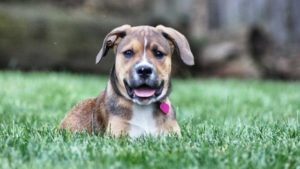 Have you ever stopped to think about how your fur baby experiences the world? How their senses differ from ours? Here is a quick summary of how impressive your dog is:

My father always told me not to dwell about what color toy I bought for our family dog since the dog could not differentiate colors. My father turned out to be incorrect, as it is believed that a dog’s sense of color is similar to people with red-green colored blindness. Dogs do not see shades very well. In fact, they are considered to be two times worse than humans in discerning shades. Dogs also need to be closer to objects to see it clearly. Where we can distinguish objects at 75 feet, dogs can only be 20 feet away to see clearly. Some examples of these differences can be seen here.

A total of 18 muscles assist in tilting and maneuvering your dog’s ears. A dog’s ears can also describe their level of attention. Perked ears show that your dog is attentive while pinned back ears show that your dog might be fearful or timid. Dogs can hear significantly higher frequencies than humans, but not quite as high as cats. This isn’t something to brush aside as dogs are still able to hear your digital alarm clock buzz and the vibrations of bugs moving within the walls!

A dog’s sense of smell is very impressive. Their noses are 10,000 to 100,000 times better than their owners. Alexandra Horowitz, a dog-cognition researcher, states that while people will notice if a teaspoon of sugar has been added to coffee, a dog can detect a teaspoon of sugar in a million gallons of water! Dogs are able to do this by utilizing their 300 million nose receptors. A dog’s sense of smell is also greater than ours because their noses have different sections dedicated to smelling and breathing. Of the air a dog inhales, an estimated 12% goes to a section of the nose dedicated to smelling. A dog’s nose receptors recognize the odor molecules by their shape and size then sends an electrical impulse to the brain for analysis.

Even though your dog might be a picky eater, it is unlikely their sense of taste is the driving force behind their finicky appetite. Dogs have 1,700 taste buds compared to a human’s 9,000 taste buds. According to Dr. Ann Hohenhaus with the Animal Medical Center in New York City, a dog’s sense of taste is present at birth, but it takes a while for it to develop. Their taste buds are programmed to identify amino acids, a primary component in protein. While dog’s are believed to recognize salty, sweet, sour, and bitter tastes, their preference is for meat or meat-flavored foods.

Touch is the first sense a puppy develops, and they begin using it early on by receiving cuddles and licks from their mother. As they grow, they will continue to utilize their sense of touch, and there are some areas with more sensitivity. A dog’s spine has the largest number of nerve endings, which helps explain why my dog enjoys a good back scratch courtesy of the lawn! Other areas of their body with more sensitivity are their head, and chest.

Dogs are a fascinating species, and it is very interesting to learn how they experience their environment. In each section is a link to more information about your dog’s five senses if you would like to learn more.