Fifteen Dogs From History We’d Like To See Cloned

Posted by Viagen Pets on Friday, November 18th, 2016 in Uncategorized

Fifteen Dogs From History We’d Like To See Cloned

It has been an incredibly hard task to create this list – there are many, many incredible dogs out there who could be included here.  I learned quite a lot while researching candidates for this post and have tried to include some of what I learned here though many of the dogs listed below need no introduction.  The following list represents some personal preferences as well as iconic cultural figures and in is no particular order. 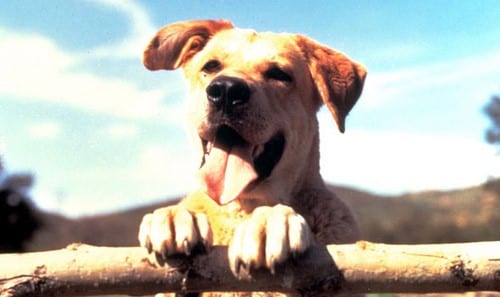 For many, Old Yeller represents the ideal childhood companion.  Loyal, tough, willing to get into any kind of trouble at a moment’s notice.  Every kid needs a pal to protect him and get in trouble with. 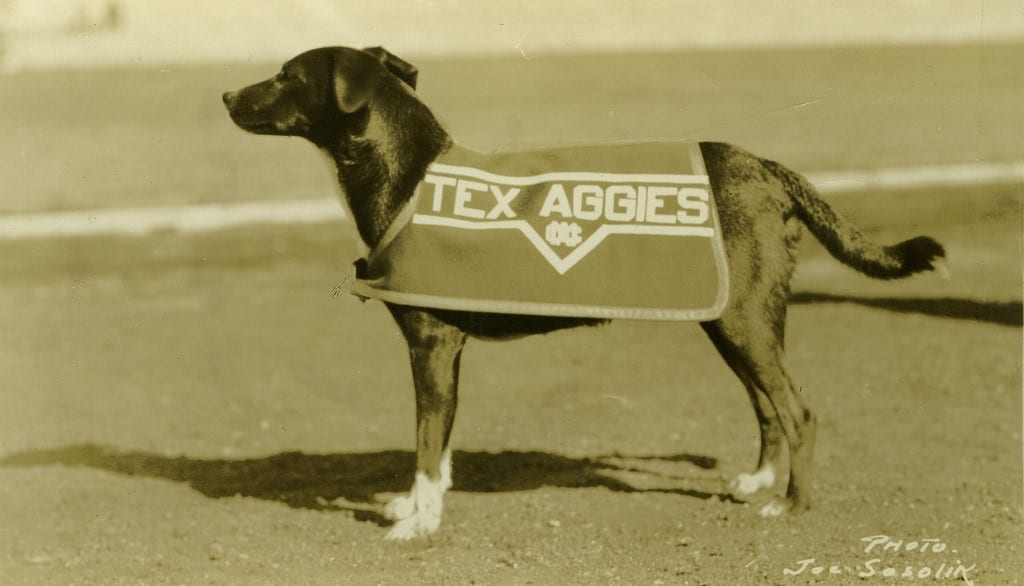 I can’t leave off the original mascot of my alma mater.  I would love to see Reveille I walk the campus again. 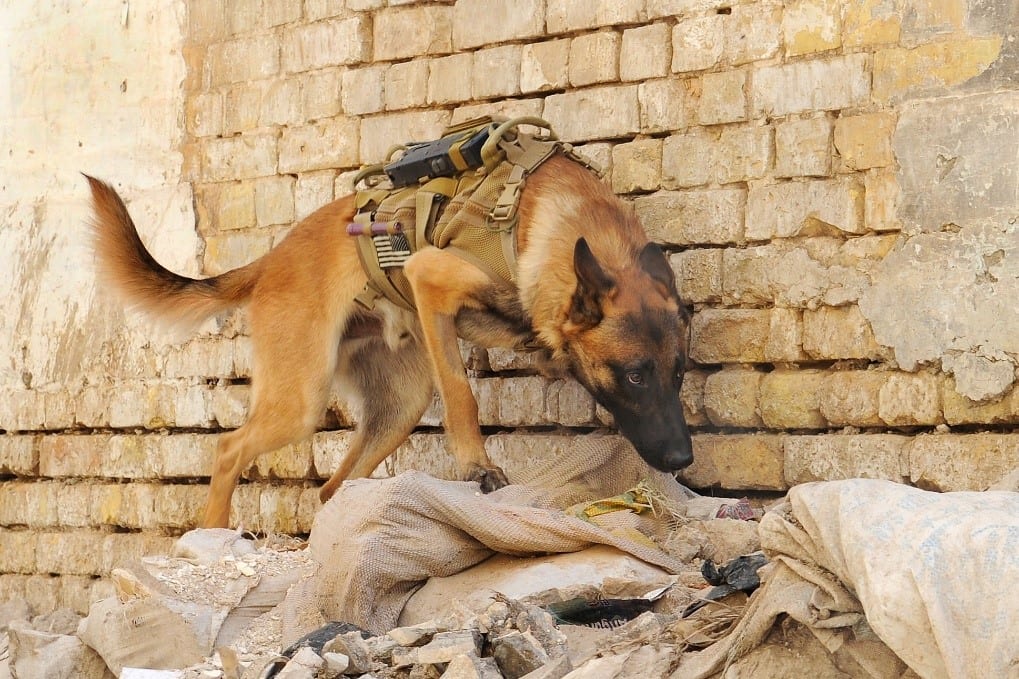 These dogs have special talents and special temperaments that make them ideal candidates to help with any number of tasks undertaken by the military. 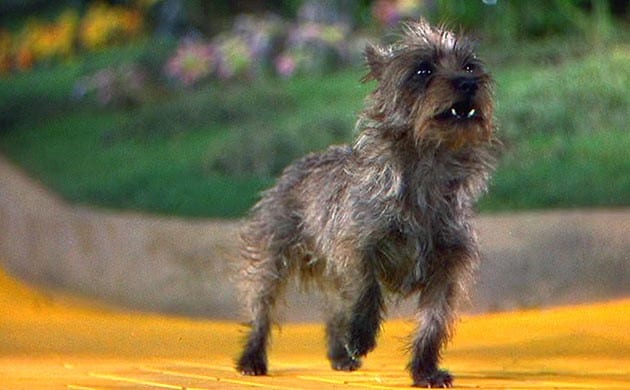 I would clone this star from The Wizard of Oz If only to have someone little and scrappy to bark at the wicked witches in life. 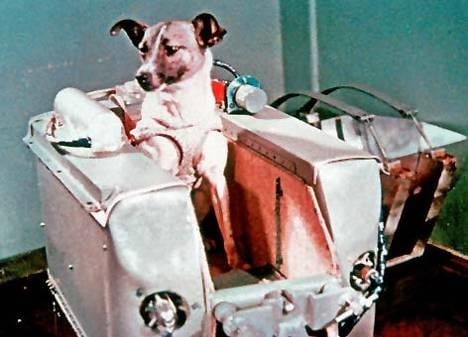 Laika was a stray dog from the streets of Moscow who was selected to be the occupant of the Soviet spacecraft Sputnik2 making her one of the first animals in space and the first to orbit the earth. 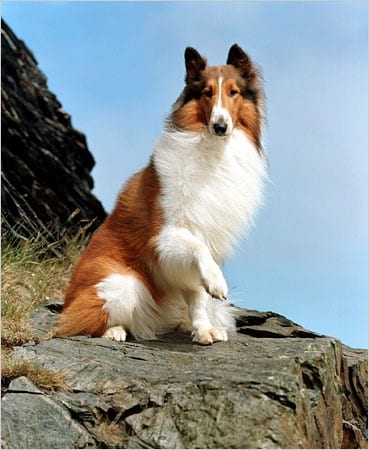 Who could resist having Lassie around again?  She is an iconic representation of man’s best friend and entertained millions of people throughout her career. 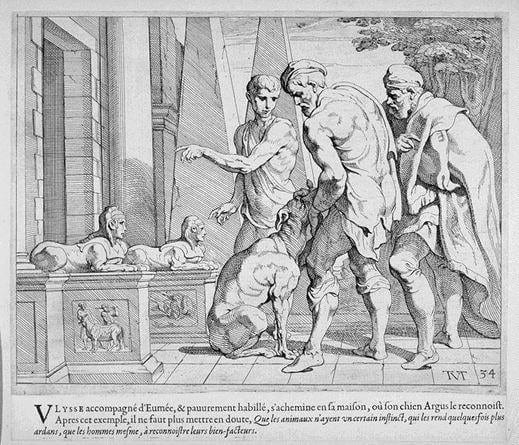 In Homer’s epic poem The Odyssey, Odysseus finally returns to Ithaca after 10 years of fighting in Troy and another ten years attempting to get back home.  Upon his return he discovers that others have taken over his home in the hopes of marrying his wife.  To surprise these men, Odysseus disguises himself as a beggar and no one recognizes him but his faithful dog, Argos, who has been abandoned and neglected in Odysseus’ absence.  As Odysseus passes Argos, they share a moment of recognition and then Argos dies. 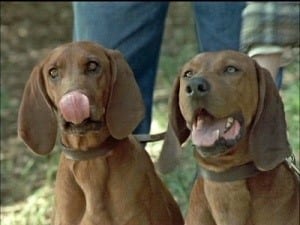 Immortalized in the novel “Where the Red Fern Grows”, the two Red Bone Hounds displayed great tenacity and perseverance in both their pursuit of their quarry and the defense of their owner. 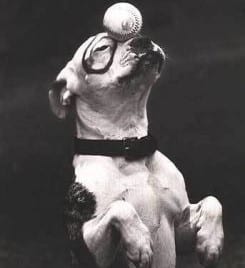 Another classic figure in 20th century entertainment was this lovable dog who actually did have a marking that made a ring almost completely around his eye.  His original name was Pal the Wonder Dog and though the television series Our Gang had a number of dogs who played Pete, the original was a Pit Bull Terrier who joined the show in 1927 and stayed with the cast until his death in 1930. 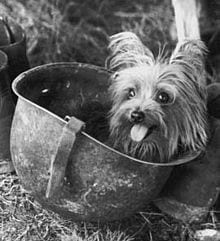 Smoky was an unlikely war dog who served in World War II.  Retrieved from a foxhole in New Guinea, she travelled with an American soldier through air/sea rescue and reconnaissance missions, 12 combat missions, 150 air raids, and a typhoon in Japan.  Her most famous accomplishment was running a telegraph wire 70 feet through a small pipe thereby removing the need to have ground crewmen, construction crews, and reconnaissance planes (for air support) work for days to dig a trench for the wire while under enemy fire. 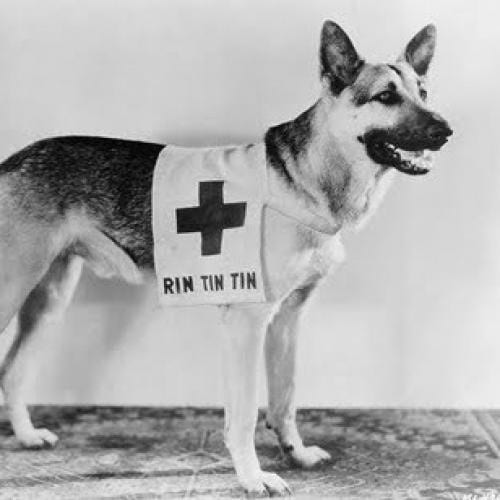 Rin Tin Tin was rescued by an American soldier from a battlefield in Germany during World War II.  During the war he became the mascot for his soldier’s platoon and after returning home with the soldier he became the popular figure immortalized in writing and on film. 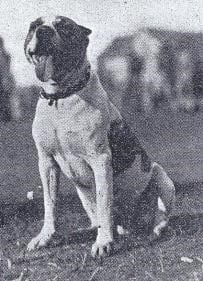 Since I’ve mentioned Reveille it is only fair to include a lesser known mascot from rival school the University of Texas.  Though they are represented by a longhorn now, when the first athletic director arrived at the school he brought with him a dog later dubbed Pig.  Pig accompanied his owner to work every day and made the rounds of campus and became a popular and well-known fixture there until his death.  He was laid to rest on campus after a procession down Guadalupe Street and a eulogy by the Dean of the College of Engineering attended by over 1000 students.

The poet Lord Byron had a beloved Newfoundland who died of Rabies at the age of 5 and inspired Byron to write the poem “Epitaph to a Dog” which contained the following moving lines:

But the poor Dog, in life the firmest friend,
The first to welcome, foremost to defend,
Whose honest heart is still his Master’s own,
Who labours, fights, lives, breathes for him alone. 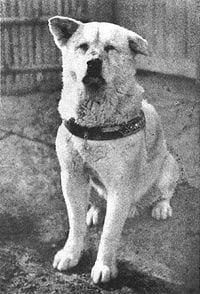 Hachiko is a famous Japanese dog remembered for the remarkable loyalty he displayed for his deceased owner.  While his owner was alive, Hachiko would meet him each day when he got off the train after his commute from work.  Though his owner passed away at work one day and never returned, Hachiko continued to travel to the train station and wait for him for the next nine years, nine months, and fifteen days until his own death in 1935.

Seaman – Dog of the Lewis and Clark Expedition 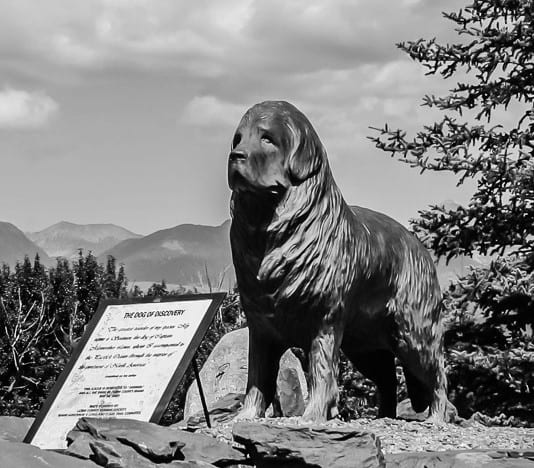 I would like to see another Seaman again just due to his sheer perseverance.  According to his journals, Captain Lewis purchased Seaman for $20 just before setting out on his famous expedition with William Clark.  The dog made it through the entire journey and was credited with saving them from an angry buffalo, guarding the camp from grizzly bears, and suffering through the hordes of mosquitoes often encountered by the group as they traveled.