They knew Marley was the perfect dog. So when it came time to say goodbye to their beloved Labrador, Alicia and David Tschirhart did what they had to do to keep a part of Marley alive — they cloned him. Ziggy’s resemblance to Marley, the California couple say, is uncanny. “They have the same personality, […] 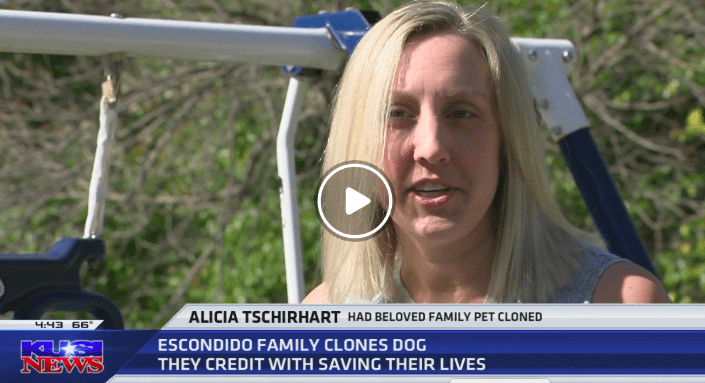 David and Alicia Tschirhart had their Labrador retriever, Marley since he was just a young pup. Marley was apart of their family through many years of their life and experienced all chapters. One, the birth of the couples first daughter, Madeline. Marley was pronounced a hero in 2014 when the couple and Marley went on […]

Escondido family clones dog they credit with saving their lives

An Escondido family credits their dog for saving their life while on a hike. So it only makes sense that after 12 years, they weren’t ready to say goodbye after their dog died. So David and Alicia Tschirhart found another way to keep “Marley’s” memory alive. Enter Viagen, a company that offers cloning services for […] 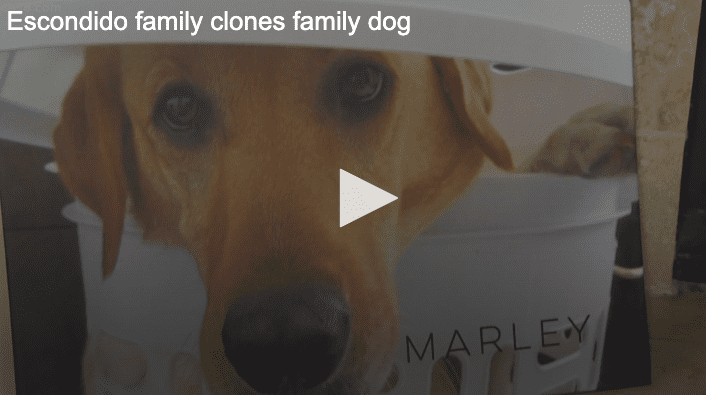 A late family dog that saved his pregnant owner from a potentially deadly situation has been cloned only a few years after he died. The San Diego family has two young children who were able to grow up with an exact clone of the furry family members that saved their mother’s life before they were […] 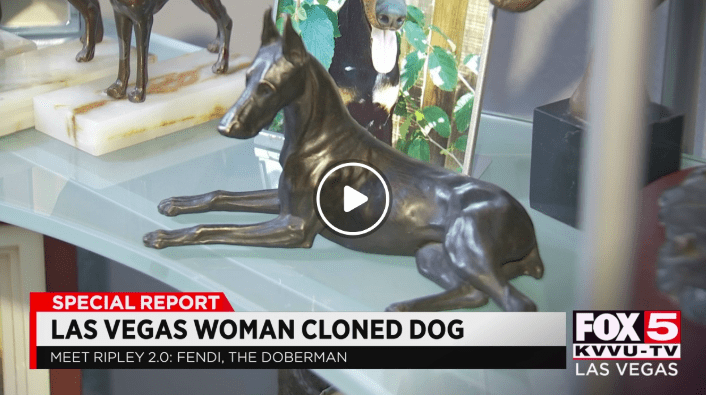 They say every dog has its last day. Now, thanks to technology, that doesn’t have to be the case. “This is Chase, Ripley’s mother,” Jordan Goldblatt said. “This is Kendall, Ripley’s grandmother.” Ripley was a champion. “She was just a really great dog,” Goldblatt said. Goldblatt trains champions. “Bought my first one in 1985.” Her […]